Below are some properties make JSON an ideal data-interchange language:

The JSON file extension is “.json”
The JSON text MIME type is “application/json”.

There are so many reasons to use JSON:

You can refer below JSON  object to represent Student Detail. Corresponding is a description of the representation of each field in JSON with respect to the data type. 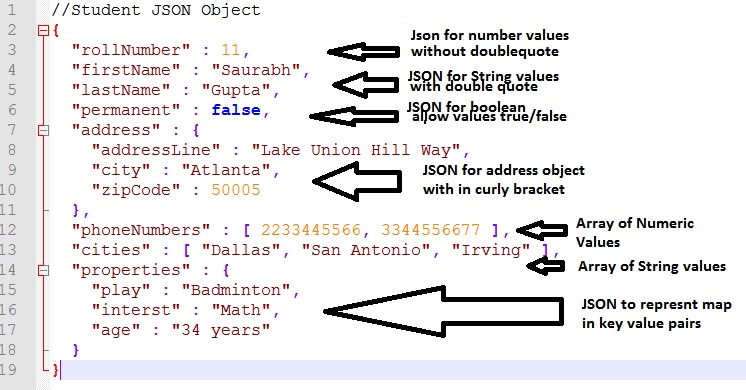 Above JSON is generated with respect to below Student JAVA object. You can follow below link to know about JSON supported Data Type and Syntax. 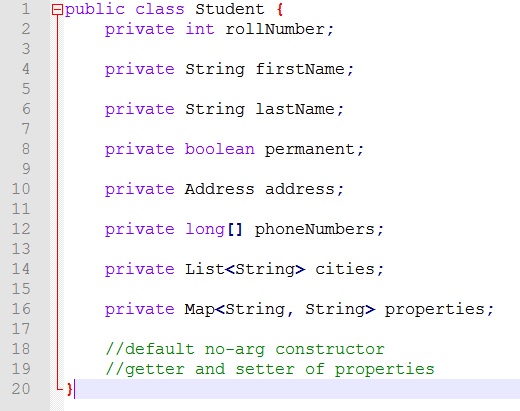 The same Student and JSON object will refer in the subsequent example related to JAVA for more JSON + JAVA handling example.

Below is the list of the library that developed by java open source community to handle (JAVA +JSON) development.

Follow below link to know in-depth knowledge of JSON parsers and in which case should be used specifically.

Follow below link to learn more on JSON and  JSON issues solutions:

“Learn From Others Experience"